It is a tool to generate CDS/ISIS databases in the serial folder to generate the Web site.

Use the Windows menu to open the program. 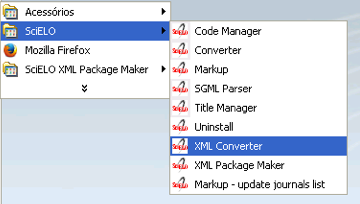 Unable to identify the issue

Package has a valid issue

If XC has identified the issue, the results will be generated in the corresponding folder in the serial folder. 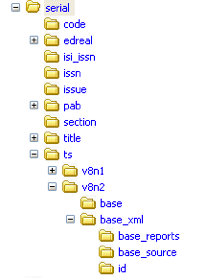 After finishing the processing the reports are displayed in a Web browser.

Switch between the tabs.

Some reports are the same generated by XPM. Consult its documentation.

Presents the files according to the conversion results: 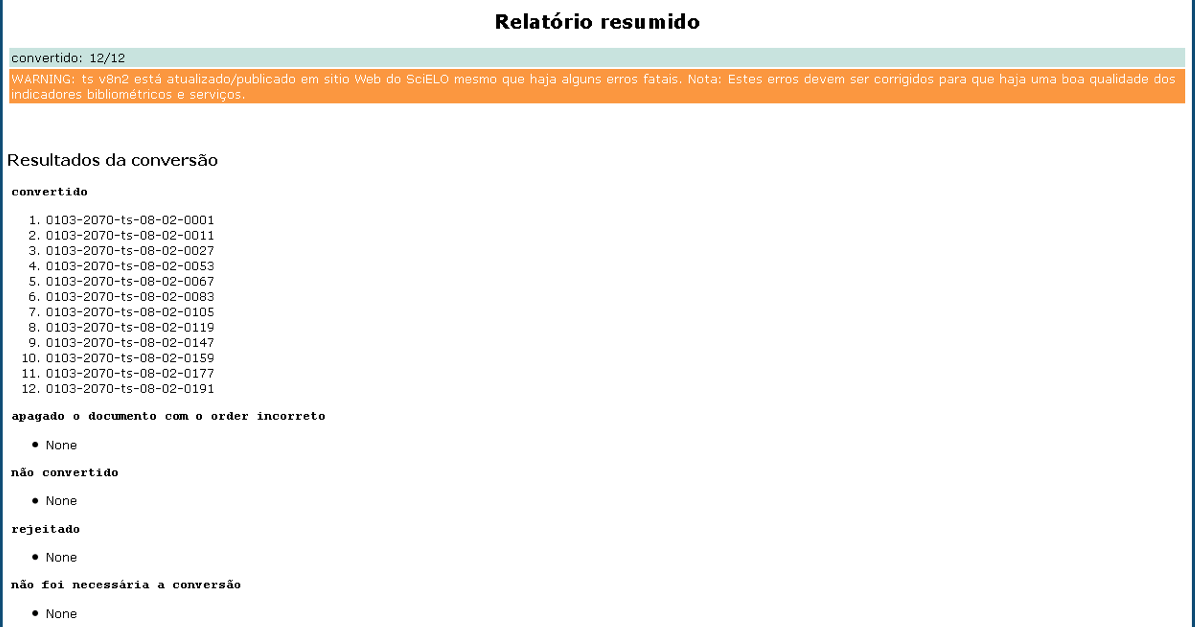 If the journal has aop documents, presents the deleted ex aop and files which continue as aop.

Presents the documents in a table.

The column reports contains buttons to open/close the detail reports of each document.

Each row has the document’s data.

XC checks if the data found in XML are the same which were registered in the issue’s forms (Title Manager or SciELO Manager).

Presents the results of these validations.

Presents the package’s data and the status of database before the conversion. 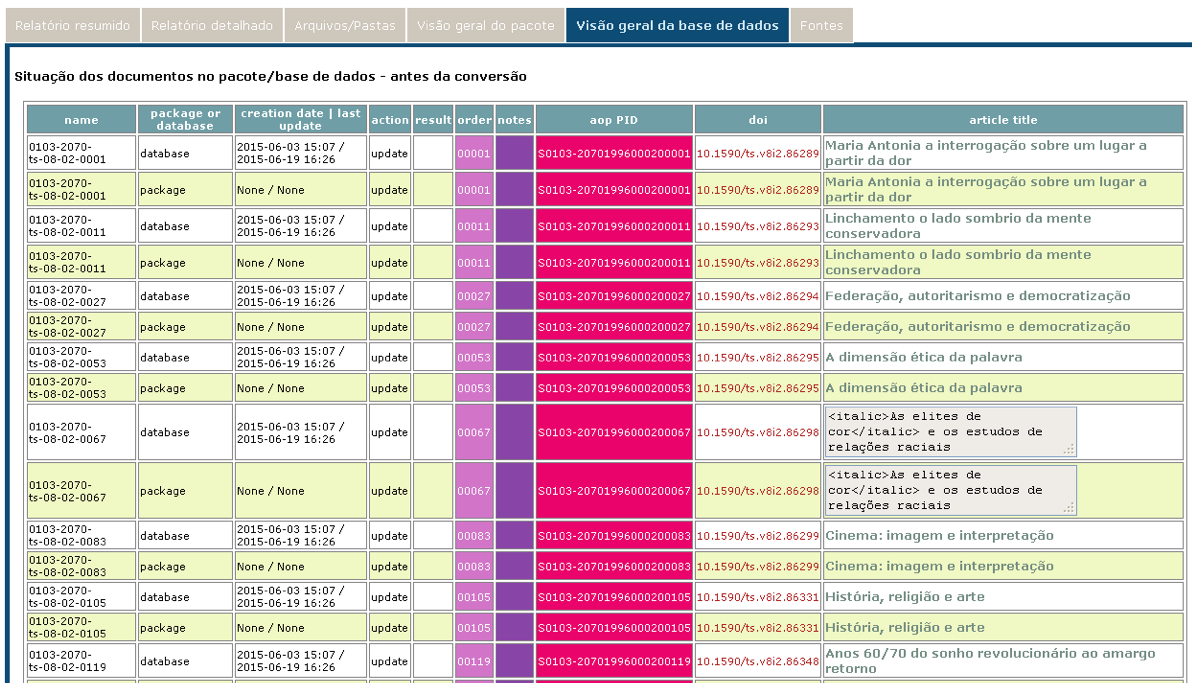 Presents the status of the database after the conversion.

Previous
Converter
Next
XML Exporter (for PubMed and ISI)

Export
Back to top